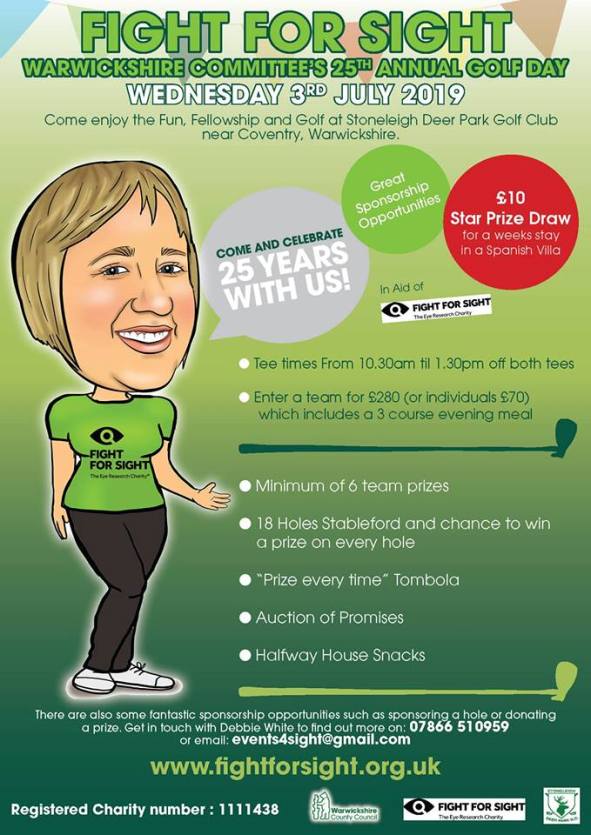 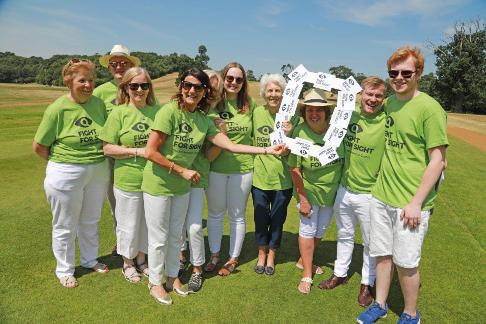 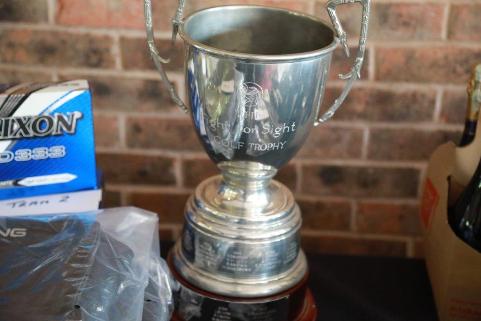 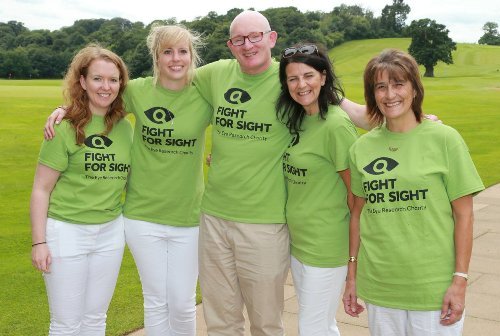 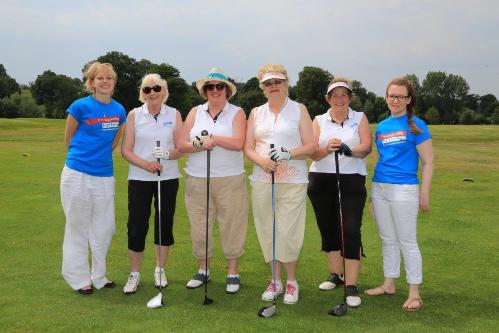 The 21st Annual Golf Day event organised by Warwickshire fundraiser, Debbie White, 50, took place at Stoneleigh Deer Park Golf Club and raised nearly £8,800. All of the 19 teams successfully completed the 18-hole golf course on one of the hottest days of the year.

Debbie knows first-hand the devastating effects of sight loss as she has retinitis pigmentosa. She has been living with Usher syndrome – a rare genetic disorder that causes hearing impairment and progressive vision loss for over 40 years. One of her many passions is playing golf and, as has her sight becomes progressively worse, she doesn’t get to play as often as she would like.

Debbie has been involved with Fight for Sight for the past decade and heads up the Fight for Sight Warwickshire Committee. She works for Hy-Kleen of Warwick Limited said: “A huge thank you to all the golfers that took part, all the helpers on the day and for everyone who has supported the event. The money raised is essential in helping the fight against sight loss and will help Fight for Sight get that step closer.”

Catherine Woodhead, Director of Fundraising for Fight for Sight said: “Congratulations to Debbie for organising yet another fantastic fundraising event. Not only, has it raised vital funds but it’s a key way of raising awareness of Fight for Sight and our mission, which is to create a future that everyone can see. Thank you to all the golfers that took part and we’re already counting down to the 2016 Golf Day.”

For further information on Fight for Sight please visit www.FightforSight.org.uk or call 0207 264 3900

The event took place on Wednesday 2nd July 2014 with 27 teams taking part, one of which included snooker and TV star Willie Thorne. 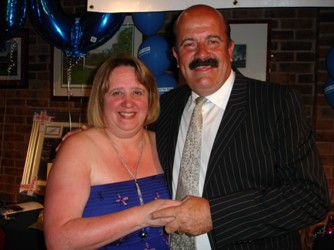 It’s the twentieth consecutive year Fight for Sight has chosen Stoneleigh to host its golf day, which is always organised by inspirational Warwickshire fundraiser, Debbie White.

Debbie (pictured left with Willie Thorne) knows first-hand the devastating effects of sight loss having lived with Usher Syndrome for the past 40 years, and her association with Fight for Sight comes from a determination to work with a charity which funds research to prevent future generations from developing sight loss. She has been involved with the Warwickshire Fight for Sight committee for the past two decades, raising nearly £300k for the charity.

During this year’s event Debbie said: “I would like to thank everyone for the amount of support and generosity they have shown over the years. Here’s to supporting Fight for Sight and creating a future everyone can see.”

Willie Thorne said: "What an inspirational woman Debbie is, her sheer determination to support Fight for Sight, whilst dealing with her own sight loss is amazing. It was an honour to be invited to attend and I’m delighted that so much was raised."

The main sponsors on the day included; Specsavers and WPH Charitable Trust which made a generous donation. Guy Salmon sponsored a ‘hole in one' challenge on the 17th hole where they offered to donate a Jaguar to Fight for Sight if any of the golfers succeeded.

Debbie, after twenty years of trying, was delighted along with her team members Nicky Woodhouse, Tina Coppin and Ronnie Nollett to be the first ladies team to lift the Fight for Sight Golf Cup, which was the icing on the cake of a great day!

If you would like to support Debbie’s fundraising efforts please visit her Virgin Money Giving Page. For further information on Fight for Sight please visit www.fightforsight.org.uk